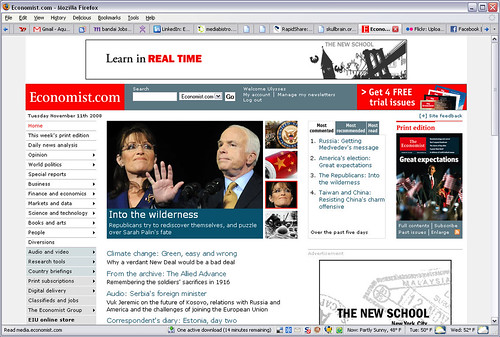 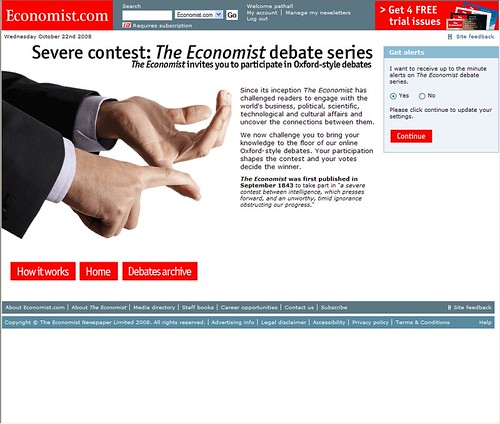 Using the British Oxford-style debate as a format for discussing topical issues, the Economist Debate series served as a way for users to interact with writers and speakers. It was the flagship project that invited users to contribute to the site and build a community of like-minds. I was key designer. This is the splash entry page for version 1.0., which was live until Oct 2008. 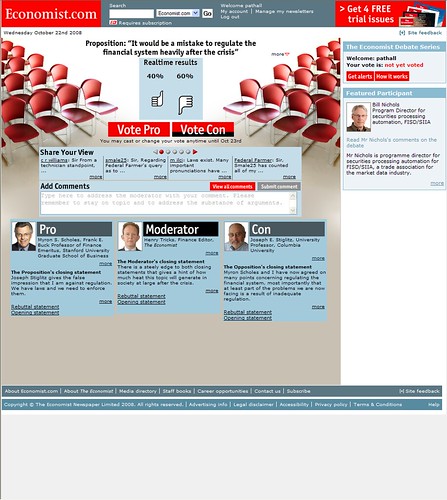 The Economist Debate Series needed a central point to display user opinion polls, user comments, speakers, etc. The choice was made to make it metaphorically very literal and interactive. This version of the Debate was live until Oct 2008. 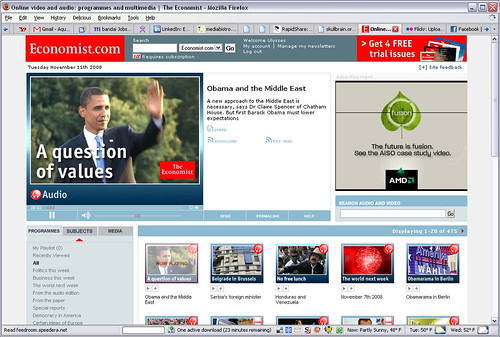 Clicking through the audio/video player takes one to media archive page, where all our pieces were stored. Worked with Feedroom.com to design page and make sure it was consistent with Economist.com style. 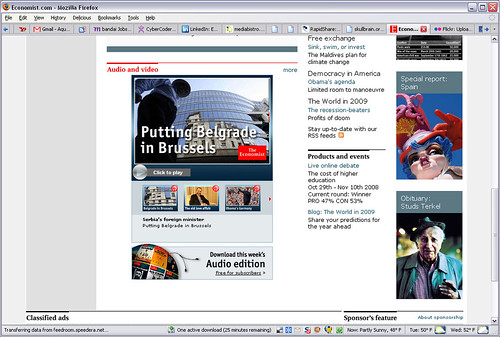 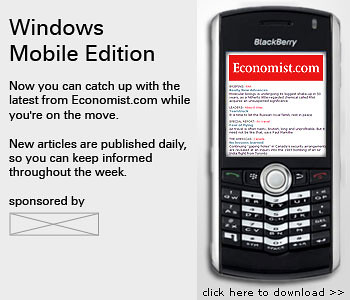