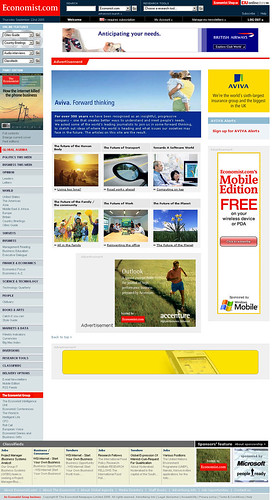 A more graphic microsite designed for a Aviva. Featured a series of client-provided written content, and a matching set of banner ads were produced. 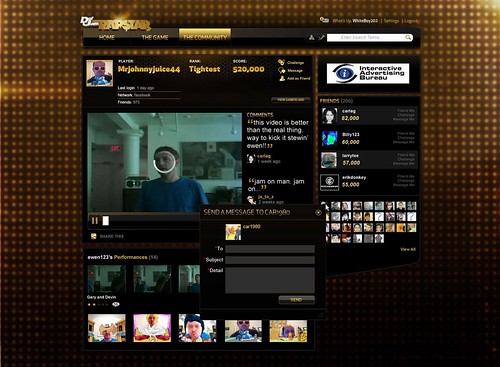 As designer of the social networking system, players could interact on multiple hierarchies and within a variety of nested groups. This is a sample of a player profile page, with favorites, embedded video, and player stats. 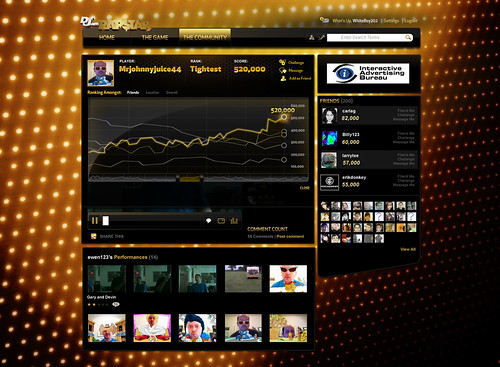 A detail of an individual players statistics. A variety of different styles of data visualization were concepted. 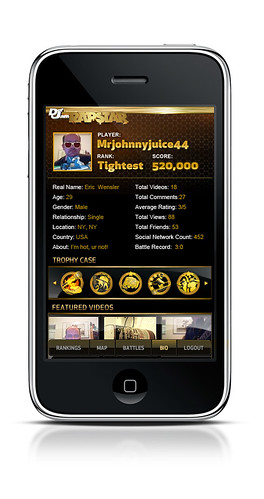 Condensed player profile screen, keeping consistent with the XBOX360 & web component of the game. A lot of data in a very small space. 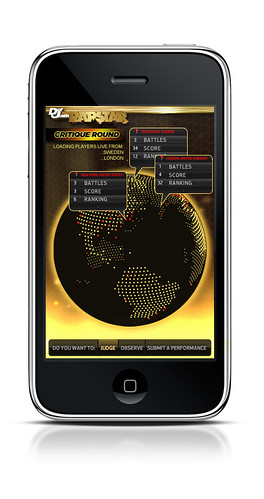 Players & Users can interact globally via the IPhone's built-in GPS capability. We looked to exploit this feature to build up the social network & game play.